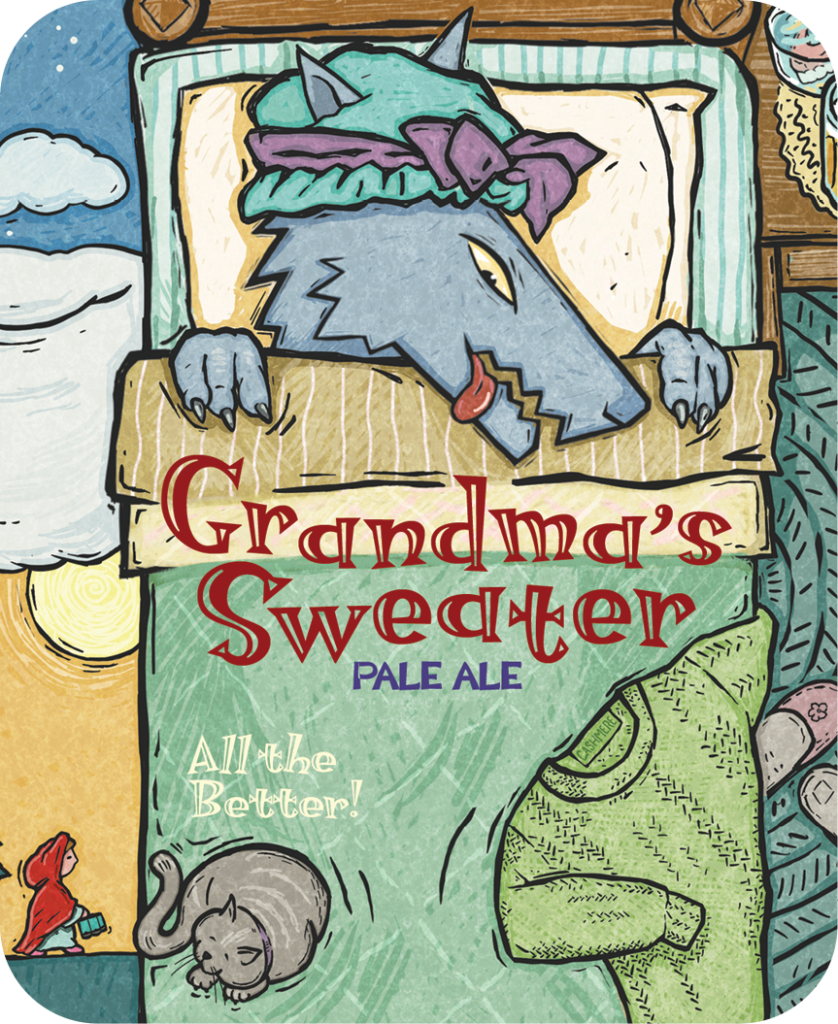 Cashmere hops give this light-bodied pale ale its tropical and herbal notes, and a smooth, bitter finish.

The Little Red Riding Hood fairytale most are familiar with can be traced back to 10th century European folk tales, including one from Italy called The False Grandmother. The best known version of the story was written by Charles Perrault in 1697, thought it is more sinister than later versions, with both the grandmother and Red Riding Hood being devoured by the wolf. In more modern adaptations, a huntsman rescues them both.